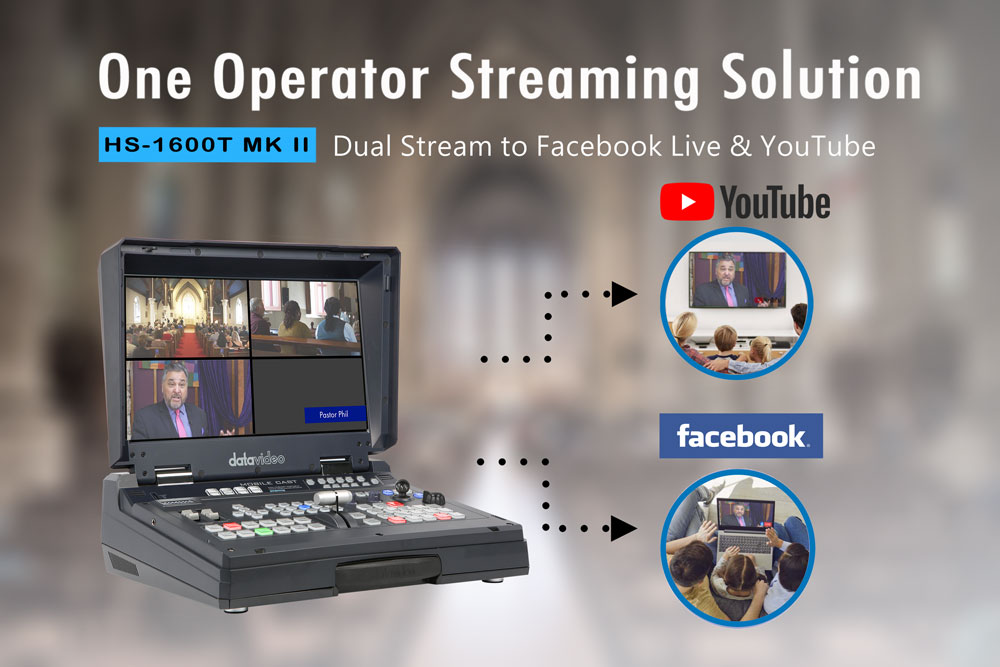 The new dual stream encoder allows you to stream to two CDN’s at the same time as well as record onto an SD card simultaneously. Another unique feature of the HS-1600T Mark II is the ability to stream and record in vertical format, making it easy to stream to a social media platform like Instagram.

“My favorite feature of the HS-1600T Mark II is the ability to do dual streaming,” says Craig Moffat, Managing Director of Datavideo US. “It makes it so easy to share your content to a larger audience.”