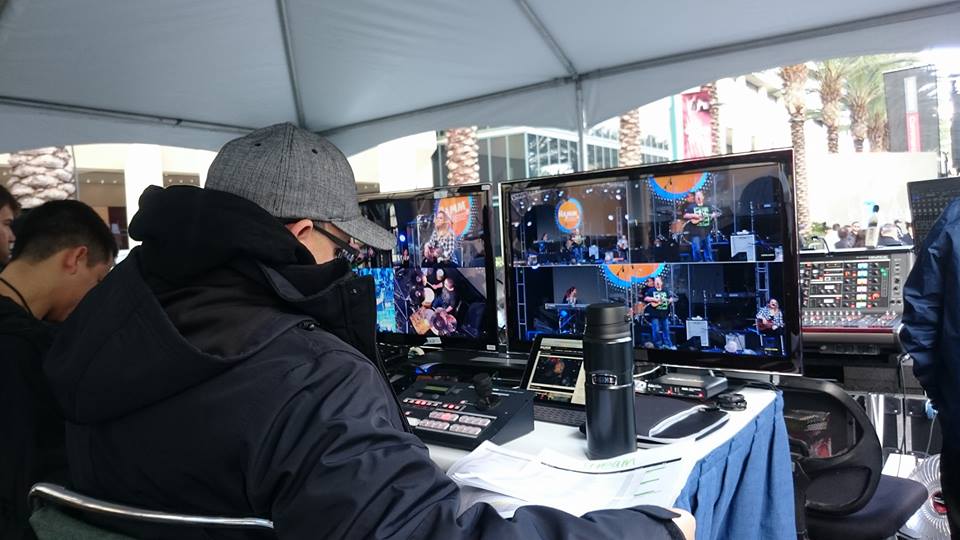 The NAMM Show is a once-a-year convention for the music entertainment industry that showcases new music equipment and technology as well as highlighting up-and-coming bands and other performers. Now, obviously Datavideo is not a music company, and so we often get asked the question – What were we doing there? The NAMM organization wanted to have live video production from the band performances streamed live to the internet. They also wanted to stream live interviews with musicians at a separate location. And so, Datavideo was chosen to handle that order. It was a great opportunity to showcase some of our latest equipment, namely the KMU-100.

At the Grand Plaza Stage, we chose to use the KMU-100 because it allowed us to create multiple close-up HD shots of each band’s members using only one 4K camera. So, for instance, you had a 4K camera capturing a wide shot of the whole band, and then inside the KMU-100’s interface, you could split that wide shot into several close-ups of each member. But aside from the KMU-100, we also used a few PTZ cameras, which gave us a few extra angles of the stage. Everything was connected to an SE-2850 switcher to handle switching all of the shots. The ease of use and flexibility of the KMU-100 saved us from needing 4 extra cameras. It was all consolidated to one, which cut down the setup and tear down time. It was a product that we could use in many other applications. 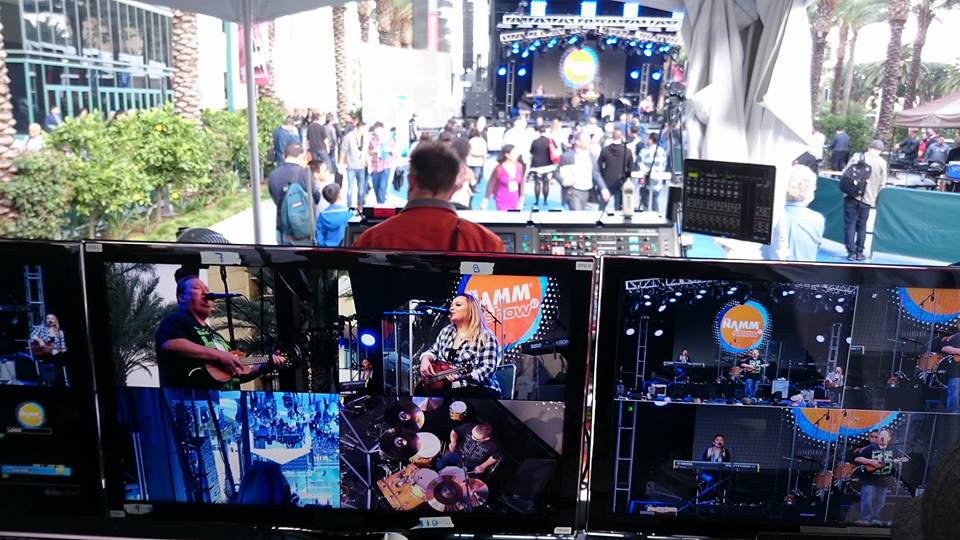 Because of its flexibility and time-saving nature, we decided to take the same setup and technique for using the KMU-100 at a live band stage and put it into a smaller interview stage inside, which was located at the main entrance of the convention hall. At the Live Streaming Hub, we basically had a small 10-foot-wide panel with enough chairs for the host and 2 or 3 musicians to interview. A single 4K camera and a KMU-100 unit was enough to split the shot into one or two wide shots and close-ups for the interviewer and each of the guests. The shot angles were all sent to an SE-1200MU switcher, and then the program out was sent to an HDR-1 for recording footage and an NVS-30 for live streaming to Twitch.tv. Altogether, that whole production was made up of one camera, the KMU-100, one switcher, a recorder, and an encoder/streaming box. It was very compact, but if you watched the stream online, you’d think it was produced using a much larger load of equipment. 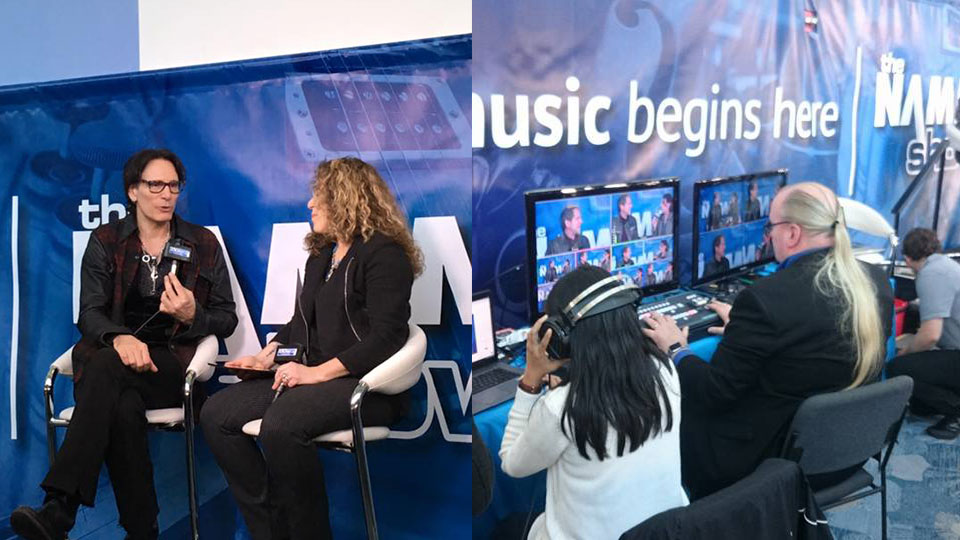 So, we used the KMU-100 on a big concert stage to cover live bands, and we also used it on a tiny indoor stage to stream interviews. There are many other applications for the KMU-100. Whether you use it on a big scale or for a small production, it’s got something to offer. There’s the money-saving benefits from needing less cameras (and thus, camera operators), and there’s the setup benefit from needing less setup time, less cables, and less equipment overall. And then, there’s the idea that you can now have a multi-angle shoot using a single camera, and this really brings the notion of professional video production to the pro-sumer and consumer level. All you really need is one camera, one KMU-100, a switcher, and a recorder or streaming encoder, and you can have the look and feel of a big production without big costs. It’s certainly something that everyone should look into.

For more information on the KMU-100 and to watch more videos and see how you can benefit from this unique piece of equipment, please visit the KMU-100 product page.

Global (En)
(en-US)
Africa
(en-US)
Asia Pacific
(en-US)
India
(en-US)
Malaysia
(en-US)
Singapore
(en-US)
America
(en-US)
Brazil
(pt-PT)
Latin America
(es-ES)
Europe (EN)
(en-US)
Europe (DE)
(de-DE)
Europe (FR)
(fr-FR)
Russia
(ru-RU)
Taiwan
(zh-TW)
Hong Kong
(zh-TW)
We use cookies to ensure you have the best experience when you visit our website. Read about how we use cookies and how you can control them by clicking here. Website visitors who do not wish to have cookies placed on their computers should set their browsers to refuse cookies before visiting the website.