The 2018 NAB Show is just around the corner, and we're itching to give you a taste of the awesome new gear that we're debuting at the show. Every year, Datavideo has something unique and interesting to introduce into the market, and this year is no exception. This year, we're focusing on two BIG ideas: video streaming and cameras. You might be telling yourself, "Video streaming and video cameras are nothing new!" ... Guess again. 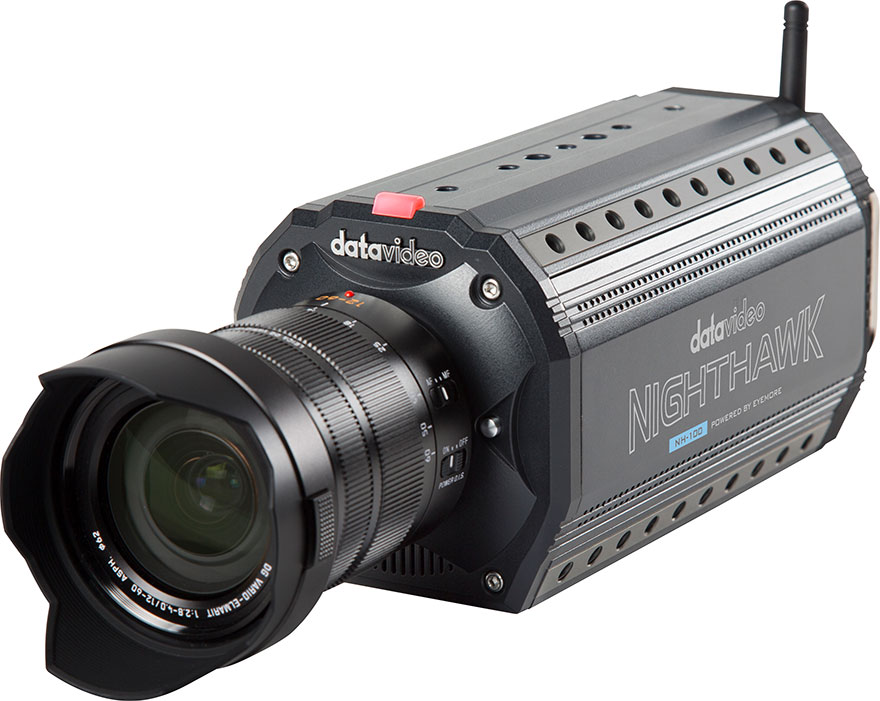 Introducing Datavideo's latest addition to our lineup of high quality video cameras : The NightHawk NH-100! What makes this camera special is its ability to capture video in the dark with enhanced clarity.

However, this balance no longer has to be managed so meticulously. With new technology, Datavideo has created a camera that can raise its ISO setting without the noise. This lets producers capture beautiful night-time scenes with great detail and without the nasty grain found in many other cameras. The NightHawk can really "see in the dark," so to speak!

For details on this camera, surf over to the NH-100 page on our website.

The other hot new product we're debuting at NAB 2018 is the NVS-40 Four-Channel Streaming Encoder. This is a special product that will allow video producers to take 4 video inputs and manipulate them in a few VERY interesting ways!

The NVS-40 can also take those 4 same video inputs and allow the operator to choose which one to route to a single RTMP destination. This makes the NVS-40 function very similarly to a video switcher. Not only that, but it can show all 4 inputs simultaneously on a quad-split, 2 on a 50/50 split, or even 2 as a main PGM + Picture-in-Picture.

The NVS-40 can also simply take the 4 video inputs and record 4 individual files onto a removable hard drive, which can then be plugged into a computer for file transfer.

If you're visiting the NAB show this year, be sure to check out our booth in the South Hall of the Las Vegas Convention Center at  #SL9716. We hope to see you there!