When Video Assistant Referee (VAR) was used in the FIFA 2018 World Cup with great success, it was a surprise to many. Video technology, however, has been embraced by other well-followed sports such as tennis, cricket and American football for years, to assist game officials ensuring the outcome of sporting events can be just and fair. It is for the same aspiration that the 2019 SEA Games organizer places high emphasis on deploying such technology for most games especially the newly introduced combat sports such as Arnis, Kurash and Sambo.

The 2019 SEA Games is the 30th edition of the South East Asian Games which is a biennial multi-sport event involving participants from the current 11 countries in the region. Hosted in the Philippines this year, the Games see more than 10,000 athletes and officials taking part in 56 sports. Unlike other larger international single-sport tournaments, there are more than hundreds of sporting events happening daily at different venues during the 2-week Games. “Supplying sports management systems including video arbitration system for such a large-scale event is a challenging task both logistically and operationally” shared Mr. Brandon Ching, Chief Business Officer of WSL MSC Sdn. Bhd. - the official ICT provider for 29th SEA Games. In Datavideo GO-2CH-REPLAY system he found a video assistant solution that is easy-to-deploy, simple-to-operate and cost-effective. “It ticks all the right boxes.” Mr. Brandon commented.

Mr. Ezasyahdy, with more than 40 years’ experience handling different types of outdoor video production equipment, used the Datavideo GO-2CH-REPLAY system for the first time at the Games’ Arnis combat sport event and was amazed at how streamlined and easy-to-operate this system is. Compared to other high-end slow-motion system, the GO-2CH-REPLAY was able to perform to the same standard and achieve the same result for their operation at a fraction of the cost. One of his favourite features is the system’s capability to replay in frame-by-frame slow-motion. “All the judges are very satisfied with the slow-motion playback as they can see and determine clearly whether the moves from players should be penalized or not.” he commented, “It is a great system and Datavideo should promote this system to the world.”

GO-2-CH-REPLAY is an integrated instant replay system comprise of a dual 10” LCD monitor, two HDR-10 instant replay recorders and RMC-400 instant replay controller. This system is designed with ease of use and affordability in mind and suitable for team, combat and individual sports. It can capture two camera feeds at different video resolutions, up to Full HD, and has a built-in 30 seconds buffer for event review and highlight.

The RMC-400 controller provides intuitive short-cut keys that user can create mark-in/out points for quick reviews and save clips in split seconds. It also features professional the Dial/Jog shutter to quickly reverse and fast-forward at super-speed (4x) or frame-by-frame during review and T-Bar for speed adjustment during slow-motion replay. 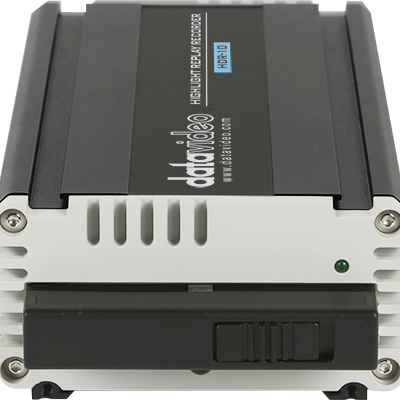 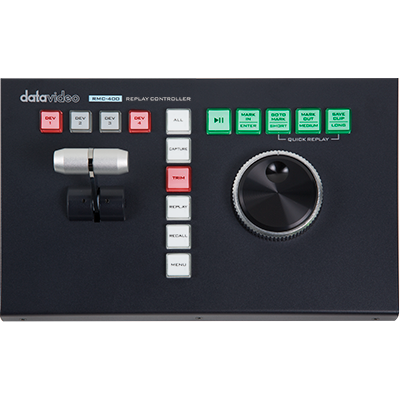 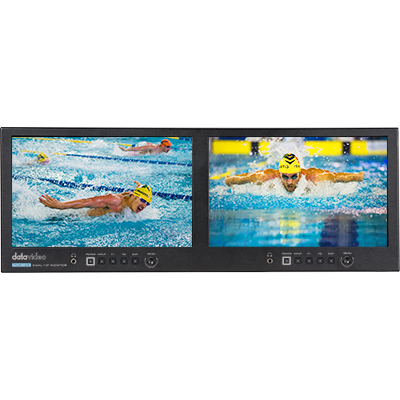