Broadcast is a type of communication where data is sent from one computer once and a copy of that data will be forwarded to all the devices.

In Broadcast, there is only one sender and the data is sent only once. But the Broadcast data is delivered to all connected devices.

RTP stands for real-time transport protocol and is used to carry the actual media stream, in most cases H264 or MPEG4 video is inside the RTP wrapper.

RTSP is short for real-time streaming protocol and is used to establish and control the media stream.

Actually it can be either. Usually RTSP works over TCP and the actual RTP video stream is sent over UDP; the video and audio are sent over a pair of UDP ports. This is fine for streaming over a LAN but can be troublesome if used over the internet as it requires multiple ports. Also as video and audio are sent separately we rely on the timestamps in the RTP headers for synchronisation.

MPEG-TS is probably the most commonly used streaming protocol in the broadcast industry, compatible with most set top boxes and decoders. MPEG-TS is commonly called a MPEG 2 Transport Stream even though the video inside the wrapper is actually H264 / MPEG 4 Part 10.

MPEG TS is a usually a push protocol that takes audio and video over one stream.

Typically it is UDP based meaning if there is packet loss glitches will be seen in the stream as the lost data is not re-sent however high end encoders utilise a technology called FEC (Forward Error Correction) to combat this. FEC allows the decoder to make educated guesses as to what data was lost and fill the gaps back in.

RTMP is reliable over the internet. Its low latency and low overhead have made it the standard for streaming into all major CDNs (YouTube Live, UStream, Wowza e.t.c). It can also be used for point to point connections with some encoders and decoders (Such as the Datavideo NVS and NVD).

You may find the related product to best fit your needs.
NVS-25 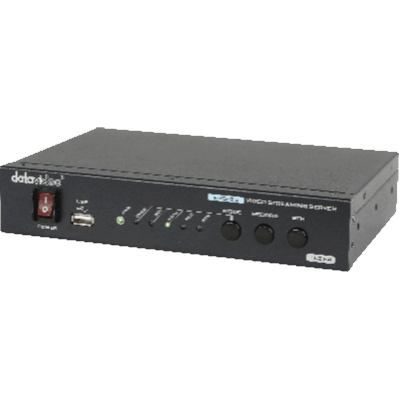 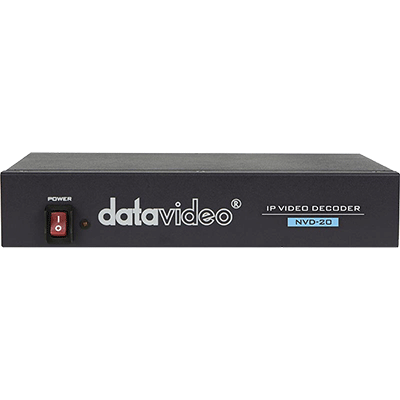 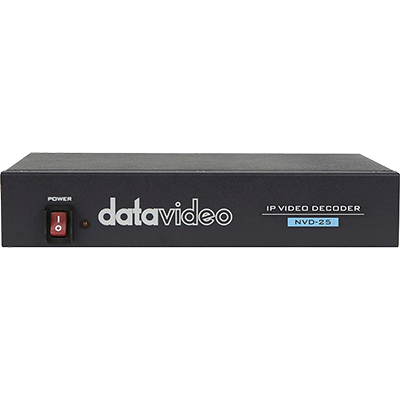 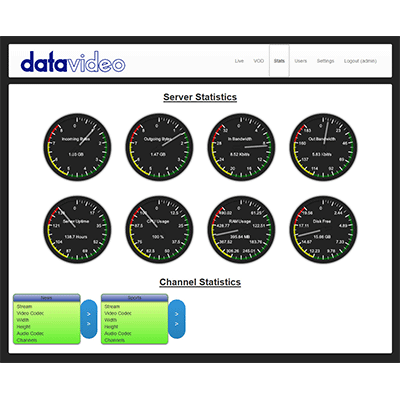