For years, Reels in Motion has been associated with producing high quality live events and corporate video.

Its ongoing project with The Property Investors Network is typical of the kind of long term projects the midlands-based company is involved in. Tasked with recording all day training workshops using a multicam set up for a six hour shoot requires a high degree of production management as Director Joe Gordon explains:

"With several HD cameras plus a laptop feed, the only way to handle the shoot cost effectively is to mix and record live. Editing and synchronizing six hours of footage from multiple sources in post is just not an option when there's a need to get a final production turned around fast." 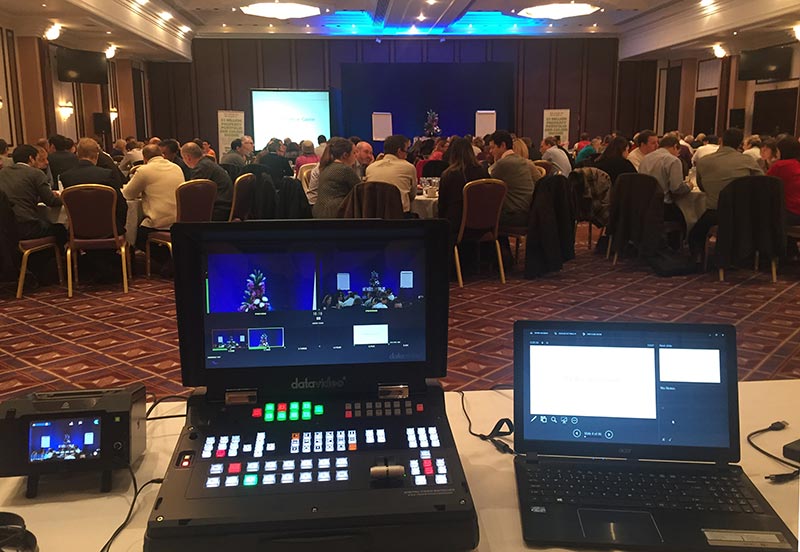 For a number of years Reels have relied on Datavideo switchers to produce client videos.

"We've recently invested in a portable mixer, with a built in HD monitor. It's an HS-2200 briefcase style unit and it's doing a great job." Continues Joe.

Indeed so effective has the unit been that it has recently helped the company win a broadcast commission to produce a 36 episode chat show on Star TV.

"The beauty of the production unit is its portability and reliability. Neither the HS-2200 nor the HS-550 we had before has ever let us down despite the units themselves being so discreet and relatively inexpensive." He remarks.

The Datavideo switcher has a traditional hardware control panel that is both familiar and intuitive, allowing technicians to work confidently under pressure. Its HDMI input delivers quality results from external PC sources which is essential for everything from training videos to sports programming. Media players in the switcher make inserting logos into a live picture and playing out on-air holding graphics very simple to configure and operate.

"With the time pressures of shooting multiple TV episodes a day or the need to get an awards ceremony right first time, we need a production workflow we can rely on utterly. The Datavideo's SDI connectivity is a must - it's far more robust than HDMI - and the HS-2200's inbuilt intercom is absolutely essential to make sure the crew is working together as a unit." He concludes.

The success of Reels in Motion in winning the multi episode Amit Kainth Show is proof that reliable, cost effective kit has a serious role to play in broadcast television.

The small form factor of devices like Datavideo's integrated switchers allows producers to be more versatile than ever, with the entire production kit fitting into a typical family sized car. Moreover, the focus on hardware panels as opposed to software control gives technicians significant advantages in the field in terms of usability and supported of working. It also delivers that all-important confidence that TV producers simply cannot live without. 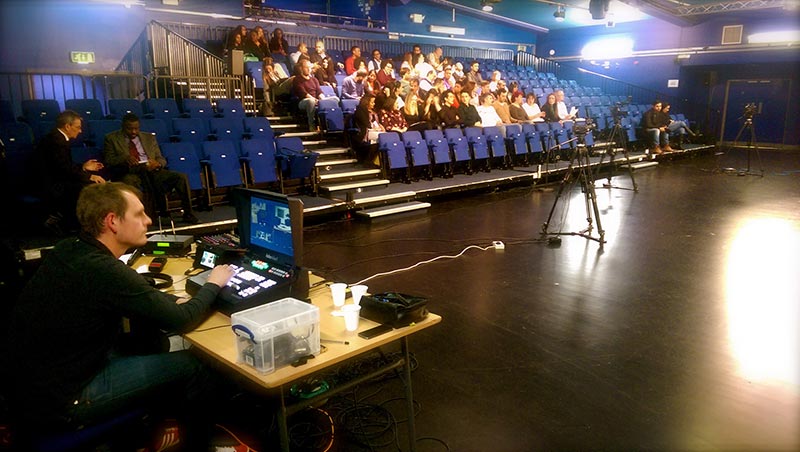