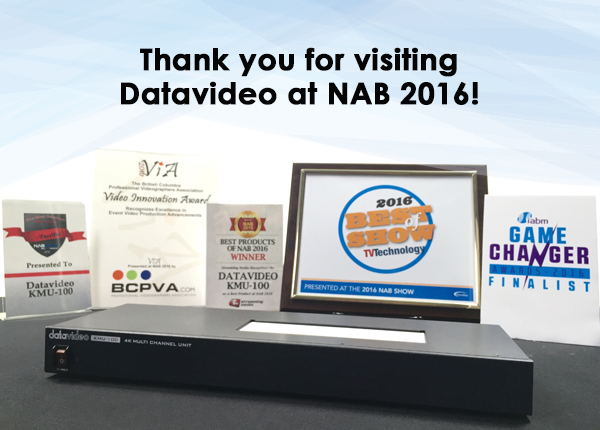 This year, we had a record amount of visitors. Hopefully you had a chance to see our newest product, KMU-100. This product allows you to connect up to two 4K cameras and generate up to eight user-defined 1080 (3G) outputs. These outputs can then be distributed to any HD-SDI switcher to replicate an 8 camera production. KMU-100 was a hit at the show and received many awards including:

The KMU-100 will be shipping this summer, and we believe that it will change the way 4K cameras are used in live video production workflows.  For more information on KMU-100, click here.

In addition, we also had several other new products which were well received during the show including the following: