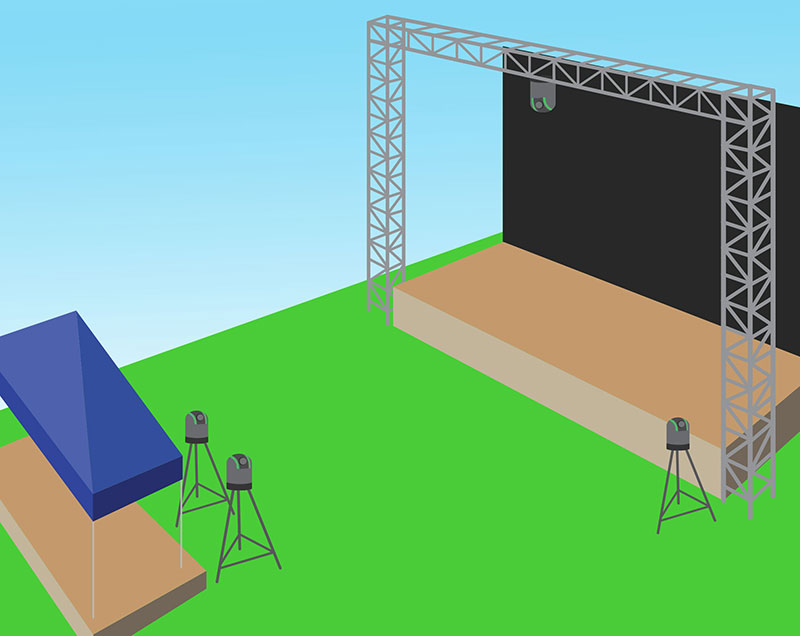 Star pieces of equipment that made the production successful were the PTC-150 robotic cameras and RMC-180 controller. The PTC-150 cameras, with their presets, were capable of getting the right amount of angles needed for a concert production with only 4 cameras rather than 8 or more, which would be the typical amount for large concert venues. The overhead PTC-150 camera that was mounted on the lighting truss took the audience to places traditional cameras could not; and provided a unique view of pianos, drums, and bongos gave the production more excitement. The easy to use joystick on the RMC-180 controller made it fast and easy for the camera operator to move the camera to the right angle to match the energetic movements of the artists on stage. Musicians as well as NAMM staff appreciated the mix of angles the cameras were able to deliver. All of the cameras were connected to the SE-1200MU 6 input HD video switcher. 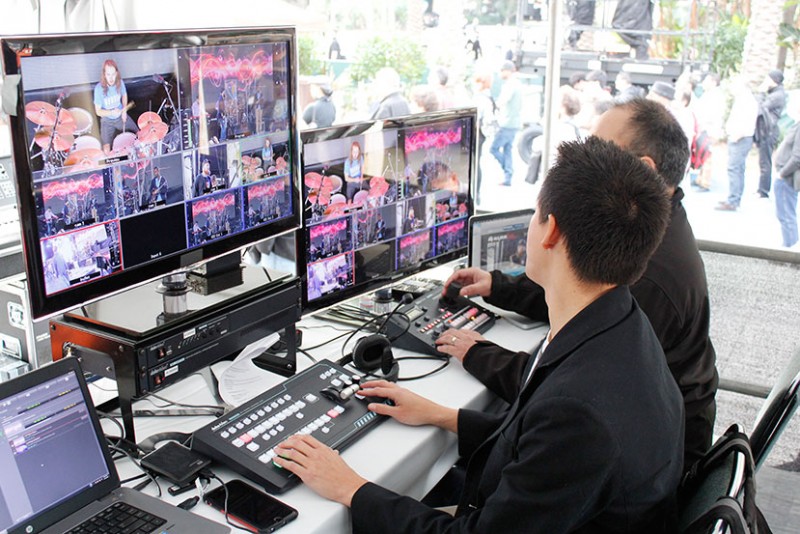 Another star of the show was the new DVS-100P streaming server software, which allowed the video stream from the NVS-25 encoder to be played at the NAMM.org homepage and Datavideolive.com website simultaneously. The DVS-100P also has the ability to record the video stream on a cloud server while the stream is live, making it possible for archiving each artist’s performance.

The entire set up of the equipment and the production ran smoothly since there was no third party equipment that was needed to complete the workflow. Using all of the Datavideo equipment from cameras to the streaming software, made everything cohesive and easy for the production team. No other video production equipment manufacturer can provide the entire workflow of equipment to produce a live show.