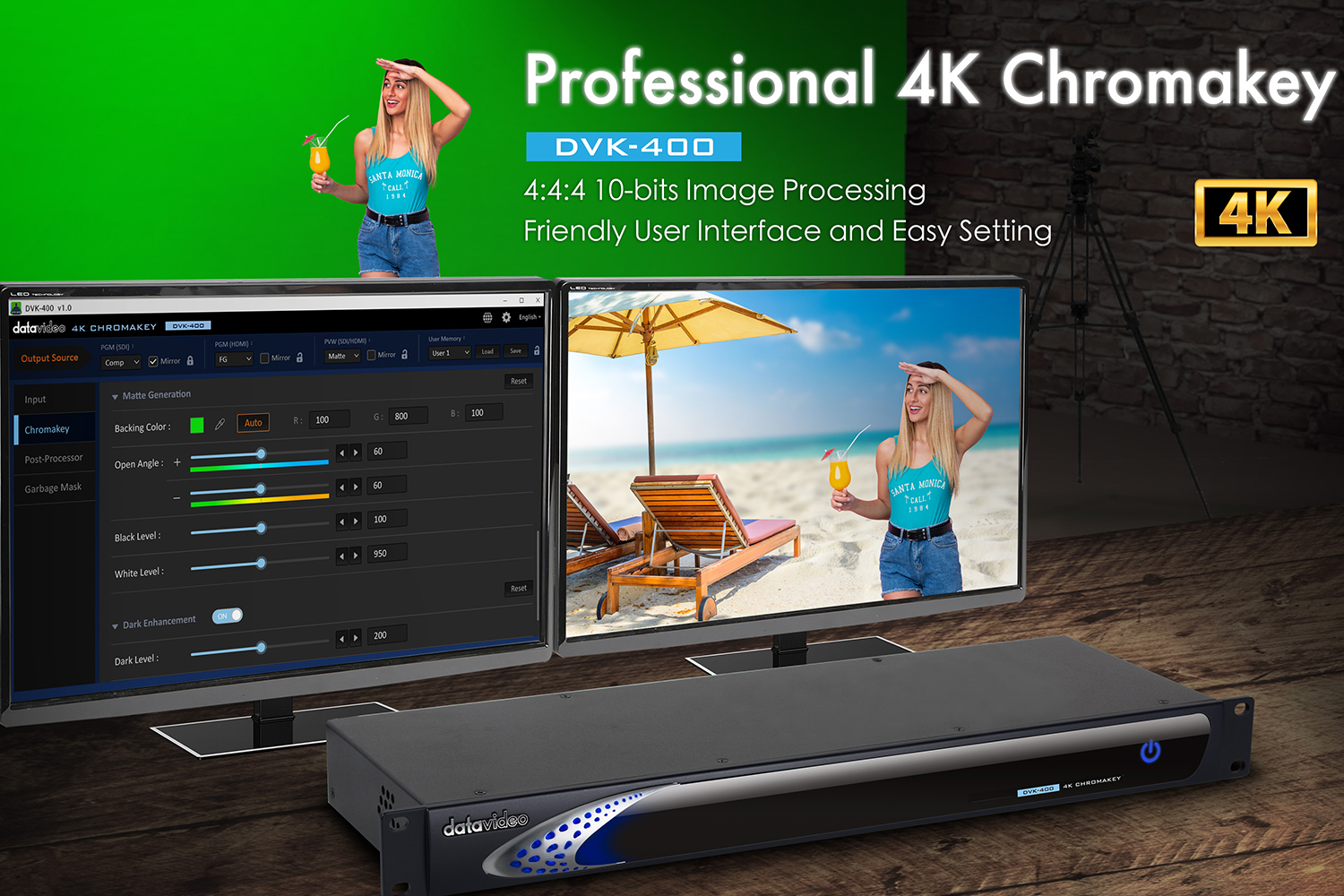 Chromakeying is one of the most commonly used functions in video production.  Since 4K technology has been widely applied, Datavideo steps into the next generation of chromakey technology with a brand new DVK-400 Chromakey Processor.

The DVK-400 is a professional broadcast-level live chromakeyer with 4:4:4 10-bit image processor which supports resolutions up to 2160p60.   This means DVK-400 provides sharper, more-accurate keying than ever before.  Even the very difficult chromakey subjects, such as the blonde hair, glass of water, a bottle of water, smoke and reflective shadow, the DVK-400 can easily present a very dedicated chromakey effect.  In HD resolution, the user can also set the background blur function to create a shallow depth of field effect that makes the object stand out from the background.

Controlling the professional broadcast-level of DVK-400 is easy.  The DVK-400 control App works on Windows computers. User can set the related chromakey parameters and recall the pre-saved chromakey parameter file by connecting the DVK-400 to the laptop through the IP connection.  Additionally, the Auto Key Function enables user has professional chromakey effects without any complicated setting just by pressing one button only.  The DVK-400 has multiple HDMI and SDI outputs, and there are mirroring output options for both Preview and Program.

The price of DVK-400 is affordable that doesn't break the bank -- perfect for any professional broadcast or virtual studio setup that's ready to upgrade to 4K.  Now Datavideo DVK-400 Professional 4K Chromakey is available in worldwide.  More information on DVK-400 can be found at:https://www.datavideo.com/product/DVK-400

You may find the related product to best fit your needs.
DVK-400 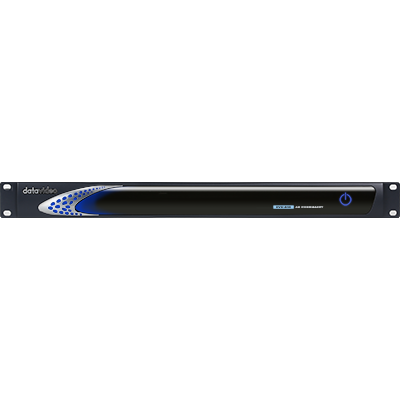